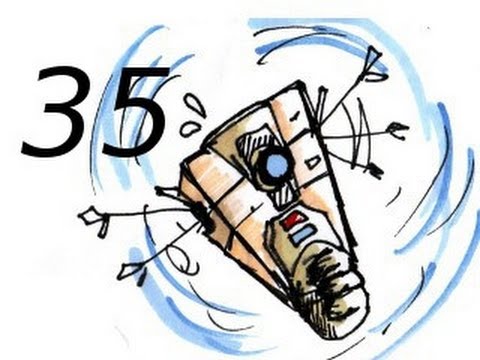 This is a play through of the whole game with all spoilers we could get our hands on included. There were no previous play throughs and all experiences are organic.

If you wish to purchase Borderlands II and have not already done so here is a link to the Steam store: http://store.steampowered.com/app/49520/

It’s time to buckle up, go a little crazy, drop some money on the table and get ready to return to Pandora in Gearbox’s much awaited title Borderlands II. For fans of the original Borderlands not much has changed game play wise and that isn’t really a bad thing considering how many hours you could sink into that game. Of course Gearbox has cleaned up the user interface and given us an uber options menu. But that was to be expected.

If you are new to the series though what you will need to know is that Borderlands II (and Borderlands I) is what Gearbox is calling a role playing Shooter. What that means is you fight in first person gibbing all in your path like you would expect from a First Person Shooter but unlike a normal FPS you gain experience points for your efforts that allow you to level up your character so you can eviscerate enemies with even more gusto in the future. Of course in an Action Role Playing Game you can’t just have complete unorganized killing. Borderlands II also contains a ton of quests to help direct your wrath. As you might expect, these serve to get you more gear and EXP, to advance the game’s storyline or both!

Borderlands II also features four playable character classes each with their own unique set of class abilities and play styles. The customization doesn’t end there though! The game also boasts a complex random weapon generation system to ensure each weapon you pick up will be different in stats from anything you currently own. Of course this doesn’t mean they will always be different in a good way but that is why places to sell off your old junk exist. With that information on the table you might be asking: How long does each play-through last? Depending on how you play, you should get an average of 30 hours per play-though. Of course with four character classes, a die roll based loot system and future downloadable content you will likely be putting in many more hours on top of this baseline number.

Before we get into the game though here is a little storyline to whet your appetite: Five years after the events of the original Borderlands when the first successful vault hunters brought the secrets of the Eridian Vault to light, a man known as Handsome Jack has not only taken credit for finding the vault but also laid claim to its wealth. This allowed him to take over the Hyperion Corporation and gain domination over the wastelands of Pandora. He talks a good talk and promises to clean up the lawless world but it appears he is only looking to exterminate the population in order to industrialize the planet. How do the player characters get caught up in this? Let’s find out together, saddle up, lock and load — Go go go!